Resolves to physicists' best guess once we have a Theory of Everything and there don't seem to be any more unanswered questions that could in principle be answered.

This is about determinism in principle, not about what we observe. If the many-worlds interpretation of quantum mechanics is true, that counts as deterministic, even though we can't know what branch we're going to be in and it subjectivly seems random.

Jon Lamb
is predicting YES at 71%

I planned on responding to several of the comments, but I'd be repeating many points so I'll state them here.

For those of you citing the Copenhagen Interpretation, I'd challenge you to define what exactly you mean, as the interpretation is ill-defined... Not even Bohr and Heisenberg, the fathers of what is now called the Copenhagen Interpretation, agreed on an interpretation of QM. As a result, there are schisms within the interpretation (see the debate on what constitutes an observer/measurement and whether or not there is a primacy of consciousness within the formalism) (1). Bohr asserted that wavefunctions were symbolic representations rather than a physical reality (2), and yet we have a litany of experimental results that disprove this notion, such as photons in a "[schrodinger's] cat state" (3).

My second point could be seen merely as a language game (and it might be, I don't know), but wave functions evolve according to the Schrodinger Equation. Even assuming that the Copenhagen Interpretation is true, the possible states upon collapse and their associated probabilities are fully determined by this equation. The actual outcome is probabilistic, but I don't see this as much of an argument for global indeterminacy given that the possible outcomes are causally determined.

The possibilities for physical collapse models continue to dwindle as more experiments are conducted (4). While this doesn't mean that wavefunctions don't collapse, as posited in the Many Worlds Interpretation, but there is sufficient evidence to rule out some collapse models.

Lastly, I don't consider polls on what interpretations physicists favor as strong evidence for (or against) the validity of any particular interpretation. As someone who studied physics, my professors never discussed the philosophical implications of QM. It was treated similarly by my textbooks, rarely earning more than the occasional footnote. The prevailing narrative at my university was to "shut up and calculate" and leave the rest to philosophers.

I'm not sure which is correct and am open to being convinced, though I find the simplicity of how the Many Worlds Interpretation treats the Schrodinger Equation to be more compelling than the sort of anti-realist approach provided by the Copenhagen Interpretation.

Cornelius Grass
is predicting NO at 81%

@JonLamb It's true that many physicists don't care about the metaphysical implications of their work ("shut up and calculate"), but this market cares about the ones that do ("Resolves to physicists' best guess..."). What physicists currently are willing to say, even if many aren't willing to say it, is probably the best available data on what they will eventually think the answer to this question is.

@whenhaveiever I think the "...once we have a theory of everything" is doing a lot of heavy lifting here. The implications of our hypothetical "theory of everything" may be radically different from those of QFT/Core Theory. This is true despite the fact that any underlying theory will have to subsume QFT (in the same way QFT encompasses classical mechanics but has very different implications).

I also don't think the study you linked is very supportive of the idea that "what physicists are currently willing to say... is our best available data" on this subject. In fact, I think the study suggests something much different: many of the physicists who participated haven't put much thought into interpretations of QM.

Moreover, the authors implore readers to "be very cautious in extrapolating the answers from the participants of the survey, to represent the whole of the physics community" given the massive disparity between the number of participants (149) and the number of individuals with at least a Master's in Physics.

@whenhaveiever I thought about this some more and I agree with what I think your sentiment is. Consensus is important in science, so in many cases a survey of the attitudes of scientists should count for something. However this specific poll isn’t representative of the whole and shows more of a lack of understanding from participants than a consensus. I suspect the lack of awareness is because asks about the interpretation and philosophical implications of a theory rather than an actual scientific theory. I’m sure they know more about physics than I do.

Jack
is predicting NO at 81%

Jack
bought Ṁ10 of NO

I believe the many-worlds interpretation is a better interpretation than Copenhagen, and therefore believe the universe is probably deterministic with respect to wavefunction collapse. However, I'm not that confident about it and about whether there are any other sources of randomness in physics.

Cornelius Grass
bought Ṁ10 of NO

Surprising that this is so high. According to [1612.00676] Surveying the Attitudes of Physicists Concerning Foundational Issues of Quantum Mechanics (arxiv.org):

@whenhaveiever From the same study: "one should be very cautious in extrapolating the answers from the participants of the survey, to represent the whole of the physics community".

What does deterministic mean in the context of this market? In particular, what would a non-deterministic universe look like?

@Elspeth It’s a deep philosophical debate, but it can be summed up as, will a ball ever move without something causing it to move?

@Elspeth I believe the Copenhagen interpretation is non-deterministic, isn't it? 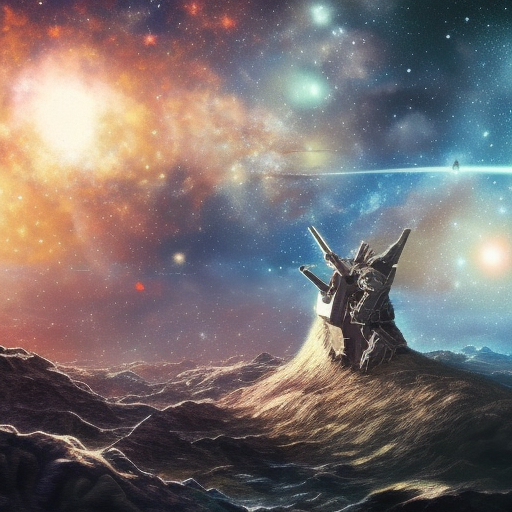 Cornelius Grass
bought Ṁ1 NO at 90%