Market will resolve yes if: multiple cities in Texas experience rolling or large scale blackouts during a single storm cell, due to widespread power generation or distribution failures. as reported by major news organizations.

12/22/22: added "widespread power generation or distribution failures" into the resolution

February winter storm data just dropped! Freezing temps expected with winter storm flurries and ice through northern and mid-Texas. Deniers beware, this WILL be a bad one!
https://youtu.be/rlglnRj9Cn4

@EugeneBixby Not sure If I should be glad this market is getting by more action!

Especially since I’m back in the state for this storm…

Lars Doucet
is predicting YES at 20%

Outlook for January-February from the Old Farmer's Almanac:

FWIW. Not sure how much stock to put in the Alamanac. Anyone got any other forecasts for the following two months? Wondering whether to cut my losses or wait for this to rebound.

Garrett Garzonie
is predicting NO at 22%

@GarrettGarzonie Alright, I'm out. Time to cut my losses

Any tippers? I have -43M and no chance of a comeback. In return for a 50M tip I will trade some KEY SUPER HIGHLY IMPORTANT confidential information (it may or may not be real).

@DavidChee next time ull have to buy mana tho :P

Who would have the power to cause large scale blackouts in Texas? 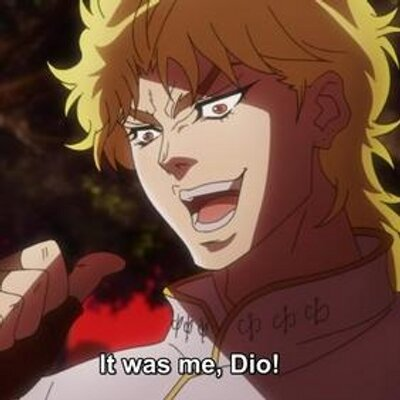 Cromlyn Games
is predicting NO at 25%

@Dio I believe it's traditionally lack of power for blackouts:)

“requested the emergency order Friday, warning it may need to resort to blackouts.”

“While the vast majority of generating units in the ERCOT region continue to operate without any problem, a small number of units have experienced operating difficulties due to cold weather or gas curtailments,”

BTE
is predicting YES at 48%

@PhatFree Okay, but doesn't ERCOT account for like 95 percent of all capacity? So they are being measured now, but who knows what they will do once granted authority.

@BTE If you read the energy order (1) they’re looking for the approval to identify and use additional generators if needed, and for approval to break EPA regulations, due to the of possibility of not having enough capacity. But they state “While the vast majority of generating units in the ERCOT region continue to operate without any problem, a small number of units have experienced operating difficulties due to cold weather or gas curtailments…Most of these units are expected to return to service before anticipated demand peak through Saturday, December 24, 2022..”

I’ve been watching the dashboard diligently and they never actually had to implement rolling blackouts, or even give an energy conservation order, the grid continually operated with a with a low 4MW surplus at the peak (as opposed to the normal 10MW surplus), but the grid held up.

Again the resolution criteria is “multiple cities in Texas experience rolling or large scale blackouts during a single storm cell, due to widespread power generation or distribution failures.” This order is the precursor to that, but the emergency order is not rolling/large scale blackouts.

@CodyRushing The article even uses the language “While the storm did not cause widespread blackouts” I feel like things were on the razor line these past few days. Not sure it was enough to resolve the market yes before March 20th though 😬

@CodyRushing That news week article sites another article by them (1), with a power provider who implemented a rolling blackouts, but that power provider (BEC) only serves ~40k people, across multiple counties and 2,000 square miles(2). I don’t believe it fulfills the requirements of widespread blackouts in multiple cities.

@PhatFree I used the wrong link article for point #1, here is the correct article: https://www.newsweek.com/texas-blackouts-winter-weather-arctic-blast-threatens-electric-grid-1769410

Noah
is predicting NO at 69%

I was one of them, but 77k out of 12.82MM is 0.6%. Grid failure isn’t a part of the equation this week, it’s just cold weather taking out small lines or equipment affecting small areas each time. Currently down to 5k without power which is a rounding error for Texas.

These are reported rolling blackouts across nearly the entire state over the last 24 hours.

@BTE Rolling blackouts are specific a measure that grid operators use to insure that there is enough supply to meet demand, those are all local outages, often affecting only a few thousand people, ONCOR less then .2% of customers without power in a 24HR period. These were not a caused by widespread power generation or distribution failures.

A small reminder, even if the grid isn’t overwhelmed this week/weekend, the market is for the whole winter. The snowpocalypse which almost took out the whole grid took place in February.

Lars Doucet
is predicting YES at 53%

@PhatFree When does winter officially end as far as you’re concerned?

@LarsDoucet The spring equinox takes place on march 20th, which is also when the market closes 🙂

Nick Allen
is predicting NO at 58%

Looks like the tough bit will be when the wind dies off tonight. Otherwise hanging out at around 0.7% of customers with outages, currently.

Noah
is predicting NO at 59%

Noah
is predicting NO at 59%

Nick Allen
bought Ṁ40 of NO

Lars Doucet
is predicting YES at 63%

@LarsDoucet I’ve updated the language in the resolution, I don’t consider 20 local outages affecting 2,000 people in a metro of 4.5 million enough to meet the criteria.

@PhatFree Correction 5,700 people, but that’s still only .14% of of ONCOR customers at the moment, maybe I need to define a percentage? Or does reported by major news organizations sort of cover me on that?

Lars Doucet
is predicting YES at 54%

@PhatFree Yeah I’m not claiming it needs to be resolved now just adding some evidence. The worst hasn’t even hit yet!

jamie
is predicting YES at 59%

i think there is a lot of liars who are forced to say nothing bad will happen because they wanna keep their jobs. thats just my imo

Ryan Moulton
bought Ṁ10 of NO

@RyanMoulton Natural gas is still a big big variable if you ask me, I’ve flopped from “it will happen” to “it won’t happen” in the last day, but It really could still go either way.

I can adjust the yes criteria to something along the lines of “the state of Texas experiences blackouts due to widespread power generation or distribution failures” if people believe its less ambiguous.

Also open other suggestions that can reduce resolution ambiguity.

Predictator
is predicting NO at 63%

@PhatFree Inserting "due to widespread power generation or distribution failures" in the current resolution description would reduce ambiguity.

does it have to be multiple cities at the same time or just at least two cities over the course of the winter?

@WilliamHoward It should be multiple cities at once, or in extremely close proximity. But I’ve purposely left this open all winter as there may be multiple winter storms.

Aaccording to ERCOT (Texas grid operator) they aren’t expecting any issues, but they were unable to stay true to their statements in 2021. The Texas legislature has given ERCOT no ability to mandate winterization of the Texas energy suppliers which are primarily independent and operate in a free market.

HIPSTERPOTAMUS
bought Ṁ10 NO at 26%

Valery Cherepanov
bought Ṁ35 NO at 29%